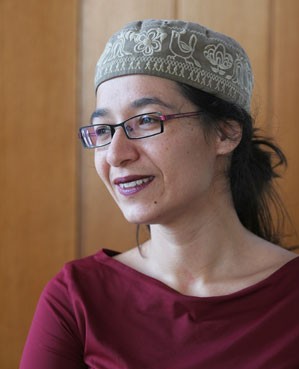 Rabbi Tamar Elad-Appelbaum is the founder of ZION: An Eretz Israeli Congregation in Jerusalem; and Vice President of the Masorti Rabbinical Assembly. Her work spans and links tradition and innovation, working toward Jewish spiritual and ethical renaissance. She devotes much of her energy to the renewal of community life in Israel and the struggle for human rights. Rabbi Elad-Appelbaum served as rabbi of Congregation Magen Avraham in the Negev; as a congregational rabbi in the New York suburbs alongside Rabbi Gordon Tucker; and as Assistant Dean of the Schechter Rabbinical Seminary in Jerusalem. In 2010 she was named by the Forward as one of the five most influential female religious leaders in Israel for her work promoting pluralism and Jewish religious freedom.

She is a Founder and Educational Director for the Ordination Program for Israeli Rabbis.

All session by Rabba Tamar Elad-Appelbaum